Kristen Miller became “Of Counsel” to Simpson Tillinghast Sheehan, P.C., in 2012. Kristen was formerly a shareholder of Dillon & Findley, P.C., practicing first in Anchorage and then in Juneau from 1995 to 2012.

Throughout her career, Kristen has achieved tremendous success in her litigation efforts and, in particular, her persuasive motions and appellate work. She has adeptly litigated complex disputes in a broad variety of fields, including but not limited to personal injury, professional negligence, insurance bad faith disputes and class actions. Kristen also specializes in municipal law, business litigation, and real property matters.

When she’s not in the office, Kristen is typically golfing and scuba diving with her husband in some exotic locale, or skiing, running, hiking, fishing or king crabbing in Southeast Alaska. She is also heavily involved in the arts. Kristen has produced two operas in Juneau, both of which she took “on the road” to Sitka. She has also appeared in several productions, most recently dancing and scat singing her way across the stage in the musical “Hairspray.” 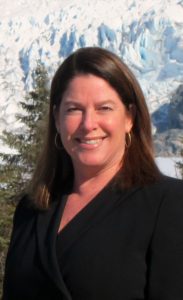