In his many years of practice, Jonathan Tillinghast has distinguished himself, both regionally and nationally, in three areas of law: environmental, oil and gas, and civil rights.

As a former member of the American Bar Association/American Law Institute Faculty on Oil Spills and the Law, Mr. Tillinghast has been a frequent lecturer on oil spill damages and liability issues. He authored most of the State of Alaska’s oil pollution legislation, and has tried complex cases on tanker safety, offshore oil leasing, oil pollution insurance, and federal pre-emption. Among the Alaska laws attributable to Mr. Tillinghast are the creative use of civil penalties to enhance the public’s recovery for oil spill damages, and a 1992 law limiting the liability of oil spill cleanup contractors. In 1996, Mr. Tillinghast was designated as an expert witness on Alaska oil spill liability issues in Exxon Corporation’s insurance litigation arising out of the Exxon Valdez oil spill. Mr. Tillinghast represents Sealaska Corporation concerning sensitive environmental issues associated with natural resource development, and represents Sealaska, Tesoro Petroleum, and Occidental Petroleum on natural resource issues before the Alaska Legislature.

As a specialist in oil and gas law, Mr. Tillinghast served as the supervising attorney of the State of Alaska’s oil and gas tax litigation task force through 1982, and since then has represented a number of major oil companies on tax and royalty matters. On the public side of the ledger, he successfully defended Alaska’s separate accounting income tax law for oil companies through the United States Supreme Court. On the private side, he successfully negotiated the first significant royalty reduction for any oil producer on State of Alaska lands, as well as the first forgiveness of so-called Amerada Hess liability for back oil royalties.

Mr. Tillinghast has been qualified by both the State of Alaska and the University of Alaska for specialty litigation in the field of civil rights and employment law. He has successfully defended the Alaska Legislature, the State of Alaska, the University of Alaska, and other large institutional clients from a wide range of civil rights and wrongful termination claims.

Mr. Tillinghast is married and has one son. He is an avid fisherman, skier and hiker, and is a nationally-recognized travel writer, with his articles on Africa, Alaska, and scuba diving appearing in major newspapers and travel magazines throughout the country. He has also led four little league teams to city championships. 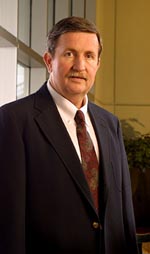